A Change of Plans

After an unsuccessful attempt at capturing the distinct look of Egyptian hieroglyphics in some animation tests last week, I think I will try another technique. Some of my classmates have suggested that I make puppets in After FX, so I will try that...but I'll tackle that a little later.

So, to not hold back the momentum of my film, I will animate 2 short shots of the security guard flipping the lights off in the museum from the beginning of the film. I will use my tried and true pencil and paper for these. Here are the story panels I will cover: 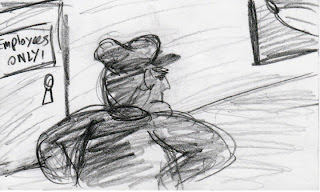 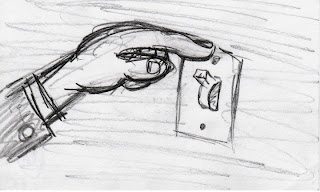 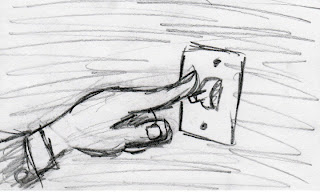 Posted by Andrew Marshel at 7:16 PM